Children at a primary school in Newhaven, East Sussex, were inspired to think about the buildings of the future following a visit from the firm behind a £200,000 extension at their school.

The Haywards Heath office of Hamson Barron Smith is currently working with Harbour Primary & Nursery School on a project to provide a new classroom, toilet and other works which is due to complete next month.

During the build process John Simpson, Senior Building Surveyor, took part in a series of assemblies designed to generate awareness of future career options for the children.

Following the assembly, John suggested a Building Design Competition might further help to get this important message across and children from Years 3-6 were then encouraged to enter a competition to design the building that they would most like to go to work in when they grow up.

Following an amazing response, all 240 competition entrants were invited to a prize giving assembly just before the end of term, along with parents of the shortlisted entries, where they all received a certificate commending their outstanding entries.

As for the 13 shortlisted entries, certificates and a selection of art sets were presented to the two runners up and winner from each year group, with a special prize of a complete art set with easel going to the overall winner.

Included in the finalists’ designs were a number of swimming pools, slides, ball pits and parkour facilities as well as eco-friendly items such as wind turbines, solar panels and a water storage facility.

School staff were thrilled with how engaging the competition had been and were extremely grateful for the generosity and effort of HBS.

Head teacher, Christine Terrey, who is pictured with John Simpson presenting the first prize to the overall winner, said: “We were delighted to have had the opportunity for our children aged from 7-11 to participate in the design competition with Hamson Barron Smith. Every child joined in and the designs were wonderful!

“The competition really stimulated the children to consider their own future possibilities and aspirations. We know that the children have gained an understanding of design and drawing, and also a knowledge about what a surveyor is. Thank you to everyone concerned.” 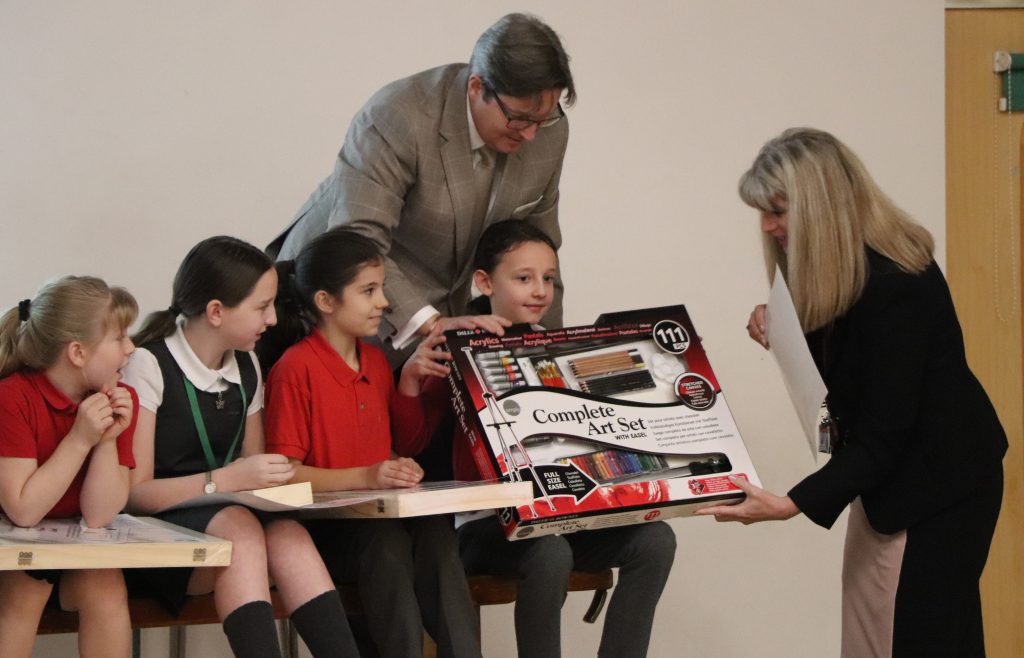