Associate Director James Laughlin has recently been awarded a prize for Innovation at this year’s NPS Excellence Awards.

The Awards recognise teams and individuals from across Hamson Barron Smith’s parent company the NPS Group – with staff who truly exemplify the Group values of Quality, Innovation, Respect and Trust, nominated by their colleagues.

James has shaped his M&E design team to embrace the BIM working environment resulting in over 95% of their work now utilising this system. The team has gained from working to this process on projects up to £20m, including Exeter Science Park, Taw View Office Refurbishment and a range of school projects.

He collected his award during a celebration dinner held at Manchester United Football Club.

NPS Managing Director Mike Britch commented: “James has been actively promoting the advancement of BIM working involving relatively new technology. He has embraced the opportunity to use tablets, 3D presentations, and virtual reality (VR) walkthroughs to both clients and colleagues, driving forward our level of excellence.” 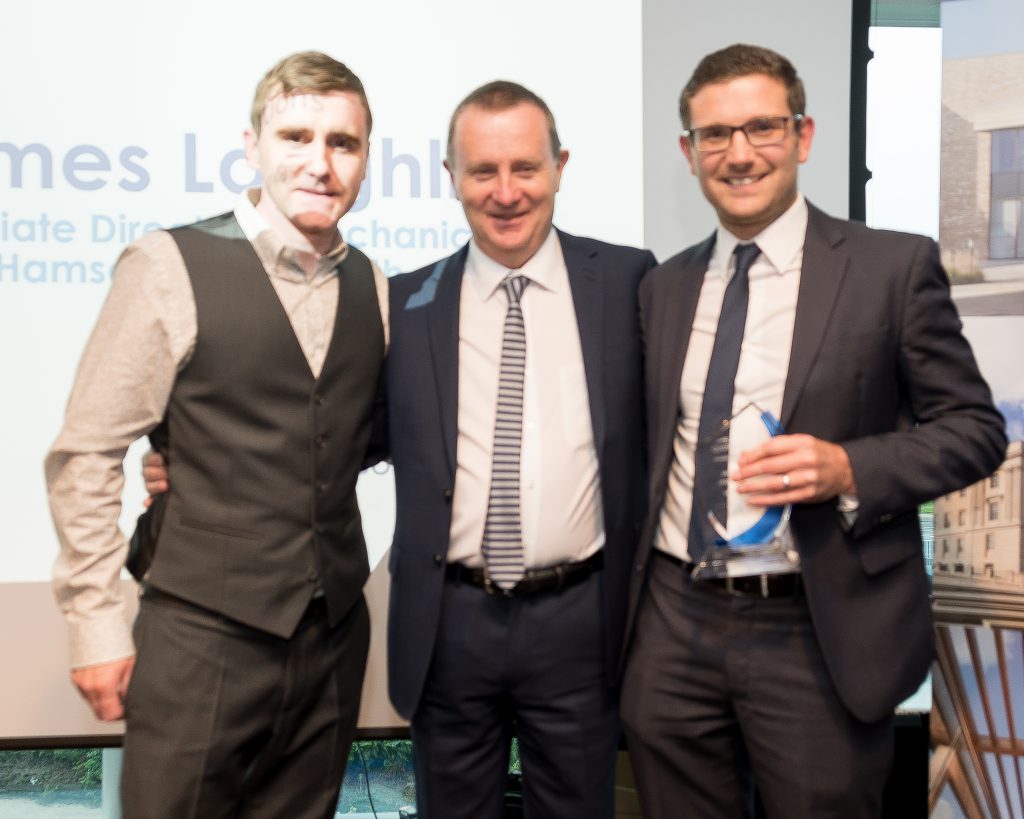