Supporters and those involved with the construction were invited to a special unveiling event at the club, where they watched the under-16 academy team in action on the new cork-infill surface.

Hamson Barron Smith worked in partnership with NPS Group and Exeter City Football Club as part of the design team which developed the proposals and secured planning consent for this challenging site. We were also responsible for the efficient floodlighting, amenity lighting and the rationalisation of the site electrical supply.

Club Chairman, Julian Tagg, spoke glowingly of the work everyone had put in to get the project to completion and thanked all involved.

Director of M&E James Laughlin said: “It was a privilege to be invited to the official opening of the training pitch under flood lights, and great to see the younger academy players benefiting from the excellent facilities.”

A time-lapse video of the construction of the pitch can be viewed here. 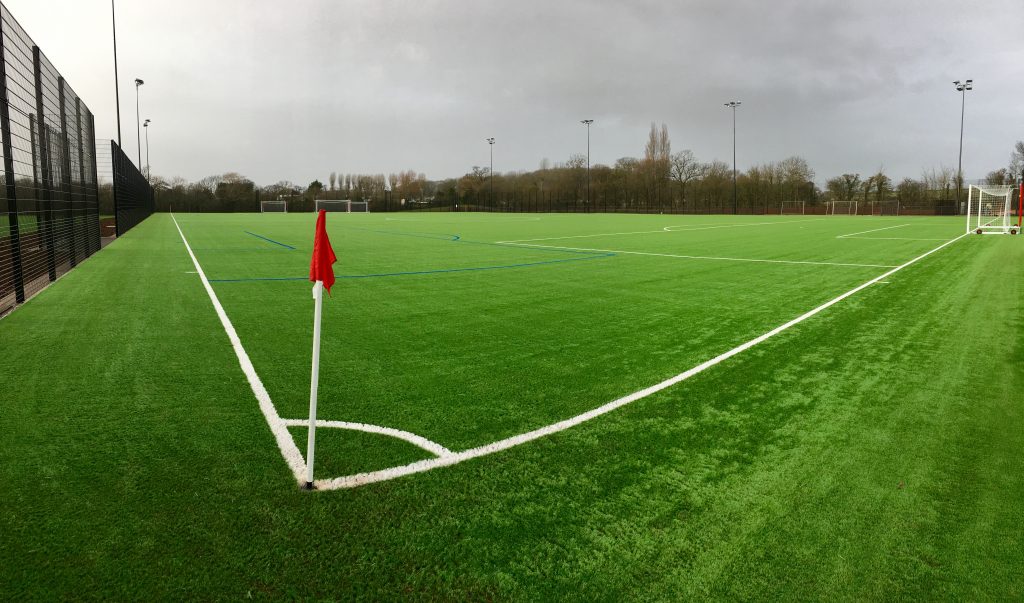