Studying part-time at London Southbank University whilst also working at both Hamson Barron Smith and for our parent company NPS Group – the five years of hard graft have now finally paid off.

In fact, Douglas’s dedication to this profession actually stretches back even further, having previously spent four years working to become an Associate Architectural Technologist at NPS Group’s Kings Lynn and Norwich offices.

“There are many colleagues  I would like to thank,” said Douglas, who is now based in Hamson Barron Smith’s London office.

“The continued support I have received throughout my studies, and the time people have given up to help me reach this point is something I am really grateful for. I could not have done it without them.” He continued.

Douglas’s final project (pictured) pre-empted the eagerly awaited return to London of Sir Simon Rattle as Music Director of the London Symphony Orchestra by providing a building for manufacture and assembly of the large five storey pipe organ required at his new home of the Barbican. The project also extended to a school of craft, passing these traditional skills onto future generations. 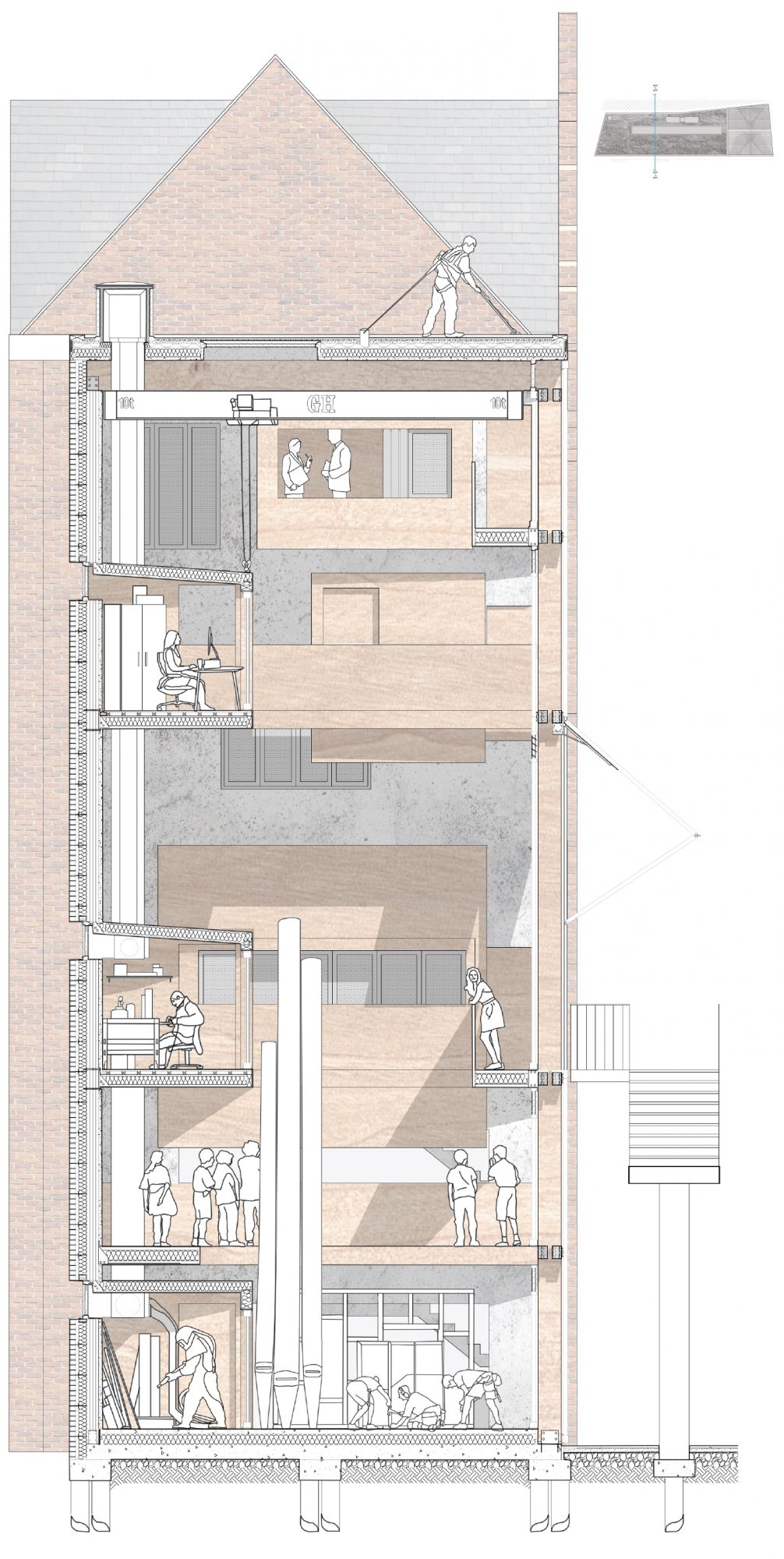